Aargh is a Madball introduced in Amtoy Series 1. He was originally depicted as a blue monster with one bulging eye and one squinted eye, a twisted grimace, and stitching all over him, but as of his upcoming release in Just Play Series 3, he is now depicted as a monster with two different faces stitched together, which never see eye to eye and constantly argue with each other.

Aargh was one of the first Madballs created when eight rubber balls fell into the toxic pond at R.U.I.N. and mutated. A running gag in the comic was for someone to shout "Aargh!!!" and for Aargh to think the person called his name.

Aargh in the VHS CartoonsEdit

In the VHS cartoons, Aargh was voiced by John Stocker with a valleyspeak accent. He was notably friends with Slobulus, but the two would tend to get into fights and argue. They were big fans of the Madballs rock band and even helped their favorite rock stars escape to Earth using a spaceship they had worked on for four months. On Earth, they played tamborines while the Madballs performed Great Balls of Fire. In Gross Jokes, there was a recurring segment called Madballs Revue where Aargh would tell a joke to Slobulus, and when Slobulus says he doesn't get the joke, something related to Aargh's joke will happen to the duo (ex. getting stomped on by a large foot, getting hit with a large flyswatter), after which Aargh will ask Slobulus in a somewhat annoyed tone if he got the joke now and Slobulus responds with "I got it". 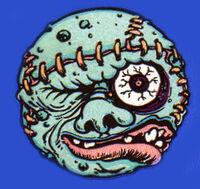 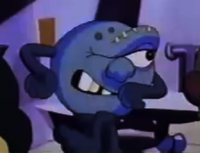 Aargh as seen in Escape from Orb 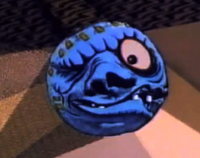 Aargh in the intro to Gross Jokes 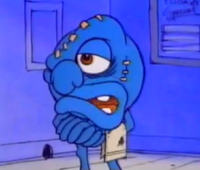 Aargh in Gross Jokes
Add a photo to this gallery
Retrieved from "https://madballs.fandom.com/wiki/Aargh?oldid=4694"
Community content is available under CC-BY-SA unless otherwise noted.